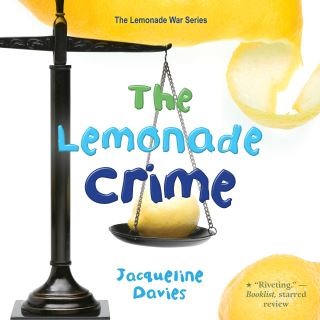 Following the laws of our legal system, Evan and Jessie’s fourth grade class concocts a courtroom on the playground, putting Scott Spencer, alleged thief, on trial. They create a legitimate courtroom—with a judge, witnesses, a jury of their peers—and surprising consequences.    As she explores the difficulties of fairness, Jacqueline Davies once again reveals how good she is at understanding the complex emotions of children this age.

Jacqueline Davies is an award-winning author of numerous children’s books. Her works include Where the Ground Meets the Sky, The Boy Who Drew Birds: A Story of James Audubon, The Night is Singing, and the Lemonade War series. Davies has won a number of awards for her work and was included on the New York Library’s Best Books list. She has a BA in creative writing from Brown University and lives in Needham, Massachusetts with her three children.