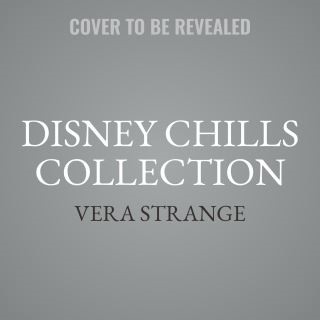 Part of Your Nightmare & Fiends on the Other Side

Grab your night-light and prepare to be CHILL-ed! This collection features the first two books in the Disney Chills series, which brings elements of the most popular Disney tales into the present day with contemporary stories, characters, and twists.

﻿Part of Your Nightmare

Eleven-year-old Shelly Anderson just wants to be popular. Her parents have split and she has to start over at a new school with different classes, a brand new swim team, and an unfamiliar social scene. So what if she just wants the cool kids to like her? Is that really too much to ask? So when Shelly finds a mysterious nautilus shell that summons the infamous sea witch, Ursula, she jumps at her chance to make a deal that will solidify her as one of the coolest girls in school. But when Shelly’s wish quickly goes belly-up, she must figure out how to back out of the witch’s deal before it forever binds her fate.

Fiends on the Other Side

Twelve-year-old Jamal has always lived in his twin brother, Malik’s, shadow. All he wants in the world is to know, just for one day, what it’s like to be his more popular, more talented, and more confident brother. So when a mysterious man named Dr. Facilier appears and offers Jamal the opportunity to do just that, Jamal jumps at the chance. But when he wakes up the next morning to find his dream has come true, he learns it comes at a terrible cost. There’s a reason people say “Never make a deal with the Shadow Man.” And Jamal is about to find out why.

Jennifer Brody (writing as Vera Strange) is a graduate of Harvard University and a creative writing instructor at the Writing Pad. She began her career working in Hollywood on many films, including The Lord of the Rings and The Golden Compass. She lives and writes in LA, where she’s hard at work on her next book.