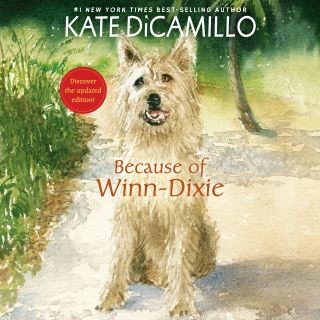 The classic heartwarming tale from Kate DiCamillo--now with an afterword from the beloved author, reflecting on twenty years in print

Kate DiCamillo: Kate DiCamillo is the author of Because of Winn-Dixie (a Newbery Honor book), The Tiger Rising (a National Book Award finalist), and The Tale of Despereaux (a Newbery Medal Winner). She recently completed a series of early chapter books about a pig named Mercy Watson. The Miraculous Journey of Edward Tulane was the winner of the Boston Globe–Horn Book Award. Kate lives and writes in Minneapolis, Minnesota, but she spent much of her childhood in Florida.

Jenna Lamia has appeared on- and off-Broadway, as well as on television in Law and Order: SVU, Strangers with Candy, HBO's Oz, and MTV's Awkward., of which she is also the coexecutive producer. Her film credits include The Fighter and The Call.

Ann Patchett is an American author and winner of the PEN/Faulkner Award as well as the Orange Prize for Fiction, both for her novel Bel Canto. Her other books include The Patron Saint of Liars, Taft, The Magician’s Assistant, Run, State of Wonder, and Commonwealth.