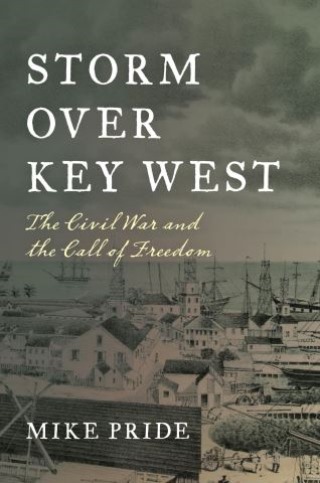 The Civil War and the Call of Freedom

A few weeks after the Emancipation Proclamation took effect, James Montgomery sailed into Key West Harbor looking for black men to draft into the Union army. Eager to oblige him, the military commander in town ordered every black man from fifteen to fifty to report to the courthouse, “there to undergo a medical examination, preparatory to embarking for Hilton Head, S.C.” Montgomery swept away 126 men.

Storm over Key West is a little-known story woven of many threads, but its main theme is the denial to black people of the equality central to the American ideal. After the island’s slaves flocked to freedom during the summer of 1862, the white majority began a century-long campaign to deny black residents civil rights, education, literacy, respect, and the vote.

Key West’s harbor and two major federal forts were often referred to as “America’s Gibraltar.” This Gibraltar guarded the Florida Straits between Key West and Cuba and thus access to the Gulf of Mexico. When Union forces seized it before the war, the southernmost point of the Confederacy slipped out of Confederate hands. This led to a naval blockade based in Key West that devastated commerce in Florida and beyond.This book is the widest-ranging narrative history to date of the military bastion in the Florida Keys.

Mike Pride: Mike Pride grew up in Florida and graduated from the University of South Florida with a degree in American Studies. After eight years as a journalist in the state, he moved to New Hampshire, where he ran the newsroom of the Concord Monitor from 1978 to 2008. He served nine years on the Pulitzer Prize Board and unretired to administer the prizes from 2014 to 2017. The author or co-author of six previous books, Pride lives in Bow, N.H., with his wife Monique.