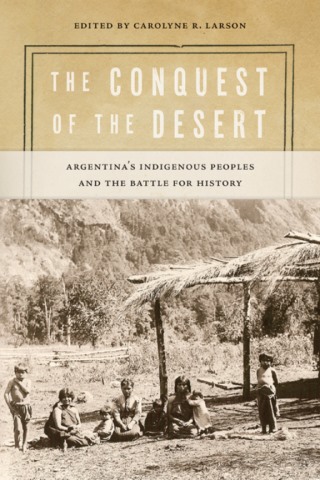 The Conquest of the Desert

Argentina’s Indigenous Peoples and the Battle for History

For more than one hundred years, the Conquest of the Desert (1878–1885) has marked Argentina’s historical passage between eras, standing at the gateway to the nation’s “Golden Age” of progress, modernity, and—most contentiously—national whiteness and the “invisibilization” of Indigenous peoples. This traditional narrative has deeply influenced the ways in which many Argentines understand their nation’s history, its laws and policies, and its cultural heritage. As such, the Conquest has shaped debates about the role of Indigenous peoples within Argentina in the past and present. The Conquest of the Desert brings together scholars from across disciplines to offer an interdisciplinary examination of the Conquest and its legacies. This collection explores issues of settler colonialism, Indigenous-state relations, genocide, borderlands, and Indigenous cultures and land rights through essays that reexamine one of Argentina’s most important historical periods.