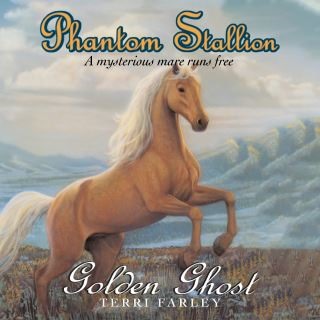 Sam discovers a lost palomino in a spooky ghost town. The horse looks like a mirage, but also looks well cared for, and even familiar. Could it be the missing horse from her best friend's ranch?
Sam needs to get the mare back home safely, but there might be something trying to stop her -- her other best friend, the Phantom Stallion.