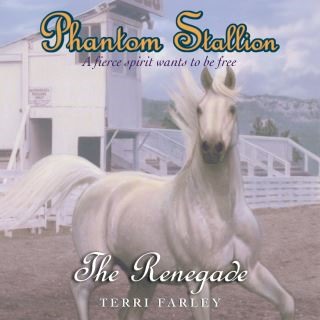 When an ambitious rodeo contractor comes to town, Sam's worried. The contractor wants to buy tamed mustangs from local ranchers, including Sam's dad, and doesn't seem to like taking no for an answer.
Then Sam spots the Phantom's herd—without him. She's sure he's been captured by the rodeo, but how will she find him? And even if she does, how can she set him free?