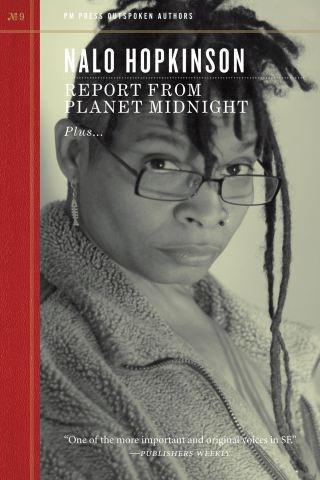 Infused with feminist, Afro-Caribbean views of the science fiction and fantasy genres, this collection of offbeat and highly original works takes aim at race and racism in literature. In Report from Planet Midnight,” at the International Association of the Fantastic in the Arts, an alien addresses the crowd, evaluating Earth's "strange" customs, including the marginalization of works by nonwhite and female writers. Message in a Bottle” shows Greg, an American Indian artist, befriending a strange four-year-old who seems wise beyond her years. While preparing an exhibition, he discovers that the young girl is a traveler from the future sent to recover art from the distant pastwhich apparently includes his own work. Concluding the book with series editor Terry Bisson’s Outspoken Interview, Nalo Hopkinson shares laughs, loves, and top-secret Caribbean spells.

Nalo Hopkinson: Nalo Hopkinson is the award-winning author of Brown Girl in the Ring, Midnight Robber, The New Moons Arms, and The Salt Roads. Her short story collection, Skin Folk, was the winner of the World Fantasy Award and the Sunburst Award. She is a founding member and current advisory committee member of the Carl Brandon Society, which exists to further the conversation on race and ethnicity in science fiction and fantasy. She lives in Toronto.